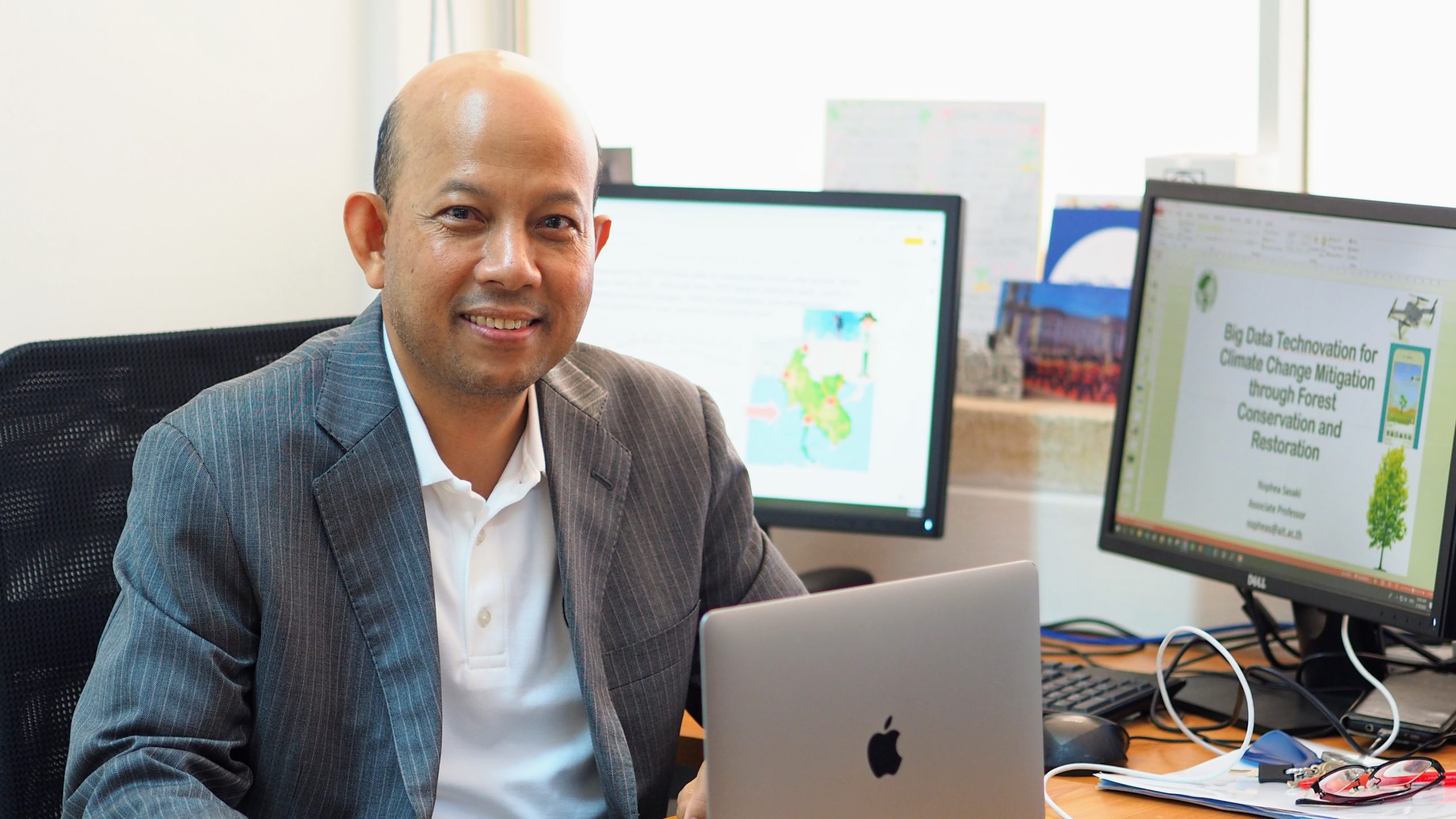 When the United Nations hosted the first ever UN Biodiversity Summit at the 75th General Assembly on 30 September 2020, over 100 world leaders gathered virtually in New York to mobilize for action to stem the decline of the planet’s biodiversity.

The goal is to build political momentum for the Conference of the Parties (COP15) of the UN Convention on Biodiversity scheduled in May 2021 in Kunming, China, where countries will agree to an ambitious plan of action on biodiversity.

Chinese President Xi Jinping delivered a speech at the Summit under the theme of “Urgent Action on Biodiversity for Sustainable Development,” calling for collaboration to establish an ecological civilization and adherence to green development. In Bangkok, AIT professor Dr. Nophea Sasaki was interviewed by correspondents of the Chinese newspaper People’s Daily for his opinions of the conference, and an article in the Mandarin edition was published on 2 October 2020.

Prof. Sasaki explains the significance of protecting global biodiversity. Defined by the Convention on Biological Diversity of the United Nations (UN-CBD), biological diversity or biodiversity is the variability among living organisms from all sources including, inter alia, terrestrial, marine and other aquatic ecosystems and the ecological complexes of which they are part; this includes diversity within species, between species and of ecosystems.

Each of these species has multiple roles to boost the ecosystem productivity at all scales. Ecosystem productivity, therefore, supports human well-being in different forms, ranging from food, wood materials, energy, and fresh water to climate regulation, disease control, and cultural services.

“Biodiversity and ecosystem services are worth US$ 125 trillion per year to the global economy or about 1,022% of China’s GDP in 2020,” Prof. Sasaki said, citing data provided by the World Wildlife Fund for Nature. Protecting biodiversity can maintain and improve ecosystem productivity while supporting the long-term global economic development and co-existence of humans and nature, he stressed.

When asked about his opinions and expectations of the upcoming COP15, Prof. Sasaki told the newspaper: “The theme of ‘Ecological Civilization: Building a Shared Future for All Life on Earth’ is very well thought out. The conference is timely organized and strategically located in Kunming, Yunnan province, where efforts to protect and restore biodiversity and ecosystem functions have been undertaken with great success.”

“I have very high expectations that a landmark agreement on biodiversity conservation is reached and biodiversity would be included as part of the national development strategies in every party country to the UN-CBD,” he added.

The professor also evaluated China’s efforts in sustainable development from the perspective of ecosystem restoration. “China’s efforts over the past 15 years have significantly contributed to the sustainability of human society and the global environment,” Prof Sasaki claimed.

The forestry expert backs up the statement with numbers. Approximately 51.2 million hectares of the country’s forests were restored between 1990 and 2015, which could potentially absorb 8 billion tonnes of atmospheric carbon dioxide (CO2) – a huge contribution to climate change mitigation, he reckons. Moreover, China has provided a good example for the world to learn that good policy to empower farmers can make large-scale land restoration possible.

Prof. Sasaki also believes that China’s overall modernization and environmental application of new technologies will open up more opportunities to protect and restore the country’s biodiversity. He said innovative approaches aided by big data and high-computing technologies can ensure transparency and real removal of atmospheric carbon.

To conclude the conversation, Prof. Sasaki sounded an alarm for more societal attention and contribution to biodiversity. “If not well protected, loss of biodiversity and their habitats could severely affect the human world, such as the outbreak of COVID-19 or similar scenarios in the future. Public awareness and participation in biodiversity conservation and restoration across regions and countries is instrumental in achieving an ecological civilization in the 21st Century.”

Professor Nophea Sasaki is a professor of natural resources management and ‘technovation’ at the Department of Development and Sustainability, School of Environment, Resources and Development. He teaches biodiversity and conservation, forestry and REDD+ and other several courses at AIT. He is known for his work on forest restoration, biodiversity conservation, forestry and climate change mitigation, and technovation for sustainability. He won the Next Step Award for introducing a technology for detecting land cover at the Google’s Geo for Good Summit in 2019. 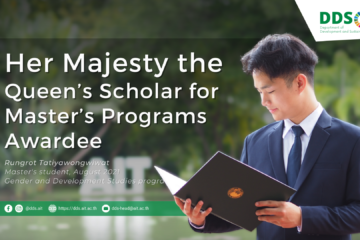 Congratulations to Mr. Rungrot Tatiyawongwiwat for earning the fully-funded scholarship from Her Majesty the Queen for the August 2021 intake. He is a Master’s student in the Gender and Development Program, class of 2023. We Read more… 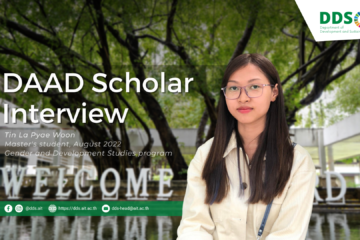 DDS would like to warmly congratulate Tin La Pyae Woon, Master’s student in the Gender and Development Studies program, August 2022 batch for receiving DAAD Scholarship at AIT. The following is a sharing experience with the Read more… 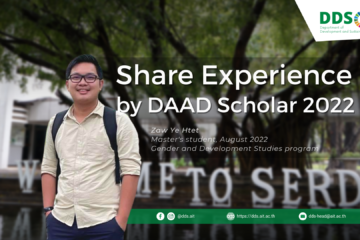 DDS would like to warmly congratulate Zaw Ye Htet, Master’s student in the Gender and Development Studies program, August 2022 batch for receiving DAAD Scholarship at AIT. The following is a sharing experience with the DAAD Read more…