Dr. Binda Pandey, a graduate from Gender and Development Studies in 2002, has been re-elected as member of parliament in Nepal for the next five years. This is her second term in office.
She is a prominent advocate for women’s rights, and currently serves as a Governing Council of General Federation of Nepalese Trade Unions (GEFONT) and a Deputy Member of ILO Governing Body.
We would like to congratulate our graduate for this achievement.

Pandey was involved in the Student movement for more than a decade from 1980 to 1992. In 1992, she joined the All Nepal Women Association(ANWA) which was affiliated with the Communist Party of Nepal (Unified Marxist–Leninist) CPN(UML). She was elected as a treasurer of ANWA in November 1992. She was given a responsibility to organize women laborers through its Central Women Workers Department (CWWD) of General Federation of Nepalese Trade Unions (GEFONT). She later became the secretary of the CWWD, for which she worked until 2000.[3]

Working in the trade union movement, Pandey represented GEFONT in the Committee for Asian Women (CAW), a regional organization working for women workers in 13 Asian countries. She spent three years in Hong Kong as a program coordinator of CAW from 1994 to 1997. After returning from Hong Kong in August 1997, Pandey continued her role as secretary of CWWD and then took over additional responsibilities as a secretary of the Foreign Department and as a member of the Education Department of GEFONT. In the third congress of GEFONT in 2000, she was elected as a chief of the Education department. Since 2004, she has served as a deputy general secretary of GEFONT.[4] After working closely with laborers and women activists inside and outside of the country, she decided to obtain some more academic knowledge and joined a master’s course on Gender and Development Studies in Asian Institute of Technologies in Bangkok in 2002.[5]

During her tenure as a member of the National Women Commission (NWC) from 2002 to 2004, she concentrated on drafting NWC’s bill, gender analysis of the constitution and preparing recommendation on gender perspectives. She was elected as a member of the Constitution Assembly through the proportional representation of the CPN (UML). She, along with other feminist members in the assembly, protested when the Nepali word Rashtrapati was used for President, for its male-centric connotation. The group had proposed to replace the title with another word Rashtradhyachhya but it is yet to be implemented. She has said that the job of making all the members convince on women’s issues is tougher than taking women’s issues to the streets. but says she will “continue to fight to make the coming constitution really sensitive to gender issue”.[6] 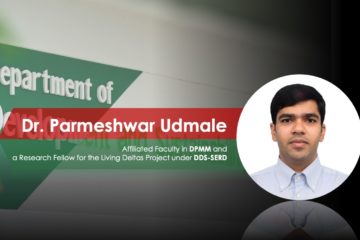 Welcome Dr. Parmeshwar Udmale, Affiliated Faculty in DPMM and a Research Fellow for the Living Deltas Project under DDS-SERD

Department of Development and Sustainability would like to welcome Dr. Parmeshwar Udmale, affiliated Faculty in DPMM and a Research Fellow for the Living Deltas Project under DDS-SERD 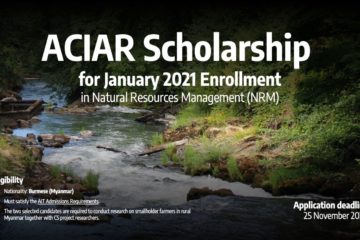 Since 1982, the Australian Centre for International Agricultural Research (ACIAR) has supported research projects in four regions: eastern and southern Africa, East Asia, South and West Asia, and the Pacific. The ACIAR-funded C5 Project has Read more… 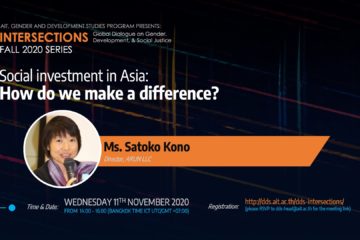 Social investment in Asia: How do we make a difference?

The Gender and Development Studies Program at AIT is organizing the INTERSECTIONS on Wednesday 11th November 2020 from 14:00 – 16:00 (Bangkok, Thailand time UTC/GMT+0700) via both online and offline. For this time, the topic is