The COVID-19 Outbreak: A Testing Time for NGOs in Bangladesh

One of the few good things Bangladesh is known for around the world is NGOs and their work. About fifty years ago, when the country became independent, the oldest NGOs started their work by providing relief to the people affected by the war of independence by helping to rebuilding their livelihoods. In the last few decades NGOs in Bangladesh have travelled a long way: reaching the remote areas, mobilizing the poor into groups for making them aware about health, education, running schools, providing loans to start their small businesses. With the improvements in Bangladesh’s social indicators and its economic condition, the fortunes of the NGOs have also changed.

Broadly, two developments have affected NGOs in Bangledesh. First, Western donors no longer fund them generously nowadays since they feel there are more eligible candidates in parts of Asia and Africa who should get more aid and help. Secondly, the present government has consolidated its power, and it has become less tolerant of a diverse development NGO community. Recent years have seen a narrowing of civil society space in Bangladesh in the mainstream as well as the radical sub-sector, with even the internationally celebrated Grameen Bank (GB is not an NGO rather a partly state-owned microfinance institution) facing problems in its relations with the government.

Decades ago, NGOs were more conspicuous in the countryside, not any more. This has led the NGOs to focus on a few activities, and the most prominent one is microcredit and by establishing market-based enterprises that have generated significant income. The main reason for this shift is that by lending to their clients, NGOs can make some money which helps them to run their offices and pay their staff. Over the years NGOs have tried many things; to become a political force, Proshika is a good example, (see Lewis, 2017). Another example is confronting Islamic religious leaders to make their clients more aware about their rights given by the state (Ahmad, 2009; Rafi and Chowdhury, 2000). After facing the backlash, many NGOs have now come to the point of a key player as a lender (Rashid, 2019).

The influx of around one million Rohingya Muslim refugees from neighbouring Myanmar in 2017 gave a new lease of life to some Bangladeshi NGOs. It also brought some international NGOs (INGOs) to the south-eastern part of Bangladesh where most of the Rohingyas are camped. However, some international and local NGOs faced difficulties in their work due to the strict surveillance in and around the camps by the civil and military bureaucrats against mismanagement of funds, funding Islamic militant groups and the rising crimes allegedly by the Rohingyas. NGOs are also facing the growing tension between the locals and the Rohingyas. The cheap Rohingya labour and illegal sale of relief items have also fueled the conflict between the locals and the Rohingyas. Above all, many locals (the Bangalees) feel that the NGOs are favouring the Rohingyas and people from elsewhere in Bangladesh in hiring their staff. Hundreds of local people took to the streets in 2019, demanding employment in the local and international NGOs that work in the Rohingya refugee camps (The Daily Star, 2019).

Then came the recent outbreak of COVID-19. The Bangladesh government took several measures to cope with the outbreak. Firstly, like in most other places a lockdown was announced and it was found very difficult to enforce. It became difficult to convince the people, particularly the poor, to follow the rules of the lockdown and to maintain social distance (read physical distance). In addition to lack of awareness, the poor found a very little difference between starvation and death from the virus. Secondly, testing took a long time to be available, and the state-run facilities struggled to provide reliable and accessible services. This also created a misconception about the actual spread of the virus across the country. One Bangladeshi NGO (Gonosasthya Kendra which means Public Health Center developed a testing machine and claimed it to be cheap and reliable (for detail, see here.) Thirdly, treatment was another big challenge for the already frail Bangladeshi healthcare system. The acute scarcity of PPE (Personal Protection Equipment) for the healthcare personnel and other people in the frontline was another major impediment. Fourthly, relief for the economic victims of the outbreak: This was also found to be a huge challenge for the government, which mostly relied on the bureaucrats and local leaders to identify and deliver the relief. Reports of mismanagement and corruption were rife.

In this backdrop, non-government organizations had called upon the government to engage them in tackling the crisis caused by the outbreak of coronavirus, which is having far-reaching impacts on health and economy, especially on the poor and vulnerable communities across the country. NGOs that claim to have their presence at the grassroots level and always worked hand in hand with the government in disaster management urged that they were interested in working with the government for stronger coordination and greater reach.

Alliances like National Alliance of Humanitarian Actors, Bangladesh (NAHAB), Bangladesh CSO-NGO Coordination Process, Network for Information, Response and Preparedness Activities on Disaster (NIRAPA), Disaster Forum, Association of Development Agencies Bangladesh (ADAB) and Federation of NGOs Bangladesh (FNB) joined the call. “The season of flood, cyclone, and dengue is upcoming. If any of these risks are added to the Covid-19 pandemic, the situation will be grave. So, we need to be prepared,” said ADAB Director AKM Jashim Uddin. Reiterating that there were already many allegations of irregularities in providing relief to the people, the NGO leaders felt that if the actual target people were not listed for the benefits, the government assistance would not work effectively. “The government should now activate the Disaster Management Act, involve the NGOs at national and grassroots for strong coordination and transparency,” said Nurul Alam Masud, chief executive of Participatory Research and Action Network. Government assistance has yet to reach many remote areas of the country, and availability of food is becoming an issue of concern, Nurul added. Independent researcher Abdul Latif Khan said UN agencies and INGOs should monitor and provide technical assistance and direct funding to the national and local NGOs, adding that the government should involve local NGOs, micro-finance institutions and civil society organizations in implementing activities in the grassroots to tackle Covid-19 impacts. Latif also suggested an increased focus on ensuring a stronger health system in rural areas (quotes from The Daily Star, 2020).

So far, a few big businesses like the largest mobile operator and a big soft drink producer have approached big NGOs like Brac to work for their relief operation. Yet, until now the Bangladeshi government has shown little interest in working with the NGOs in combating the COVID-19 crisis and its fallout. As testing for Covid-19 has become a buzzword, it is a also testing time for NGOs in Bangladesh. 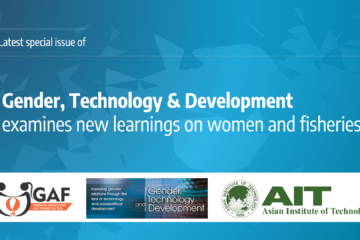 26 May 2020 | Bangkok, Thailand: Women work in all stages of the fish value chain, producing, processing and selling fish and through their work support the economy, their households, and communities in rural and coastal Read more… 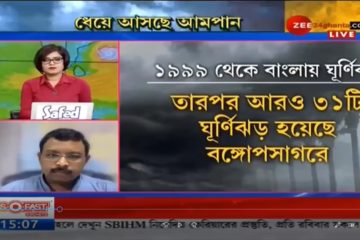 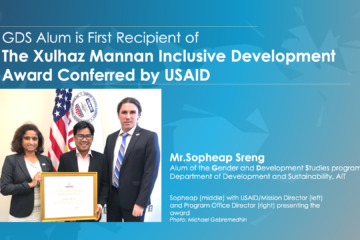 Cambodia’s Sopheap Sreng is a first recipient of the Xulhaz Mannan Inclusive Development Award conferred by the U.S. Agency for International Development (USAID) for his commitment to the inclusion of marginalized populations in USAID’s development Read more…